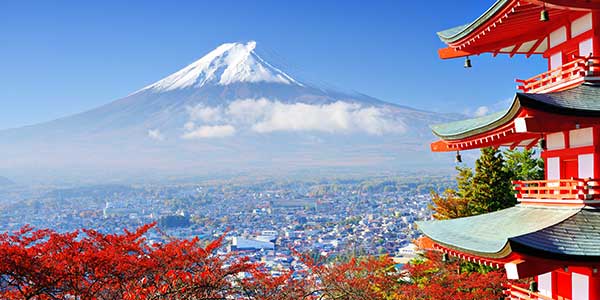 Japan is a country with rich nature, diverse topography, and beautiful turns of the seasons. Modern Japanese culture and society consist of a diverse mix of the old and new, the East and West, and the natural and artificial. The greatest appeal of studying in Japan is its academic environment where one can study state-of-the-art technology and acquire the knowledge that enabled Japan’s phenomenal postwar economic growth. Japanese universities and other institutes of higher education can offer course studies or research programs in virtually any field.

Many institutions of higher education, such as universities and junior colleges, are well equipped with fine research, computer, and library facilities which enable students to carry out their research in an excellent environment. The general case of studying in Japan begins with a student first enrolling for a Japanese Language course for at least six months in Nepal. Once this course is completed successfully students get an admission into a school or college in Japan where they need to study the Japanese Language for another one or two years depending on their proficiency level in the Japanese Language.

There are many good reasons to study in Japan. Some students are attracted by Japan’s high educational standards, while for others the attraction is Japan’s rich cultural heritage. Nearly 5 million students study abroad annually, which is projected to continue increasing. With over 150,000 international students, Japan is one of the most popular destinations for international students.

The OECD ranks Japanese high school students number one in the world for maths, and number 2 for scientific literacy. Japan has the highest number of Nobel prize winners of any Asian country, and the second highest of any country since 2000.. 49% of Japanese High School graduates enter university. Japan has over 700 universities, with 10 ranked in the top 200 worldwide.

See the world, develop as a person

Studying abroad gives you an unparalleled opportunity to live, work and explore a different culture. You will be able to learn about the people, the culture, the history and language of one of the world’s most unique cultures. Living overseas will help you develop as a person, becoming independent and taking responsibility. It will help you to see things from new perspectives, and appreciate the differences between cultures, while also seeing the deep similarities between people. Learning doesn’t just happen in the classroom; meeting people from different cultures and making friends from all over the world are also important parts of growing up.

Learn Japanese while earning a degree

Japan has been inhabited for thousands of years, and has a long and fascinating history filled with war and intrigue. Discover peaceful temples and shrines, demon museums, and the history of how Japan was unified by the sword. Enjoy summer festivals and year-round traditional ceremonies, in friendly rural villages and dynamic global cities.

Japan is a safe, peaceful place to study

Japan is one of the safest countries in the world. Violent crime is rare, with Japan ranking last in the number of victims of crime per capita (nationmaster.com). Japan regularly turns up on lists of the safest places to visit in the world. Japan also has one of the world’s most advanced healthcare systems, reflected in this high life expectancy. Members of the National Health Insurance scheme pay only 30% of their healthcare costs, with a trip to the doctor or dentist often costing only a few hundred yen (few dollars).

For those wishing to learn Japanese, or take part in a Japanese martial art, the University offers obvious benefits. The University has sent over 60 athletes to the Olympic games, and we have numerous Olympic medalists and world champions on staff. Judo, kendo, kyudo, and karate players have the opportunity to train in one of the world’s foremost university clubs, while high level instruction is readily available. Students wishing to learn taiko drumming, shamisen, Japanese calligraphy or the tea ceremony are equally well catered for.

Study abroad is an impressive part of any resume. Employers value the skills you learn as an international student. As well as the personal growth you will undergo studying in KCGI, interacting with your professors, classmates, tutors and friends, will help improve your international awareness and employment opportunities. Internationally aware employees are in strong demand, and many companies actively recruit students with overseas learning experience – especially if they are able to speak a second language. If you choose to return home after graduation, you can be confident that your experience in KCGI will help you appeal to high-quality employers, particularly those involved in international business.

For this wishing to remain in Japan, there is a strong job market for highly qualified graduates. In a recent survey, around half of the major Japanese companies surveyed expressed a desire to hire foreigners graduating from Japanese institutions.

Get in touch with